The Mysterious Puruhanta – A High Altitude Lake in Imbabura

For seasoned Ecuadorian travelers, the northern province of Imbabura evokes beautiful images of green mountains, steep valleys, and steel blue lakes. In fact, this province is known as the lakes region. Lakes such as Lago San Pablo, Laguna Cuicocha and Lago Yahuarcocha play center stage for locals and visitors on the weekends. Requiring a little more effort, many other lakes nestled high in the hills invite exploration. One of these, Laguna Puruhanta, embodies a special mystery for the locals.

The Mystery of Laguna Puruhanta

Many people never attempt the trip to Laguna Puruhanta because they hear of the distance or difficulty. But more than that, when I told people I wanted to go, there was a little awe in their eyes- amazed that I would be so brave. When I inquired further, I was told about the family who disappeared in the lake in 2012. I also heard that the lake is so deep and so dark, that divers and scientific equipment have never reached the bottom. Admittedly, the hiking challenge and the mystery behind these stories only heightened my curiosity to see this lake. So, when a local adventure company, Pimampiro Extremo, advertised a guided camping trip to Laguna Puruhanta, I jumped at the chance!

Pimampiro Extremo was founded by four young friends who love the outdoors and wanted to generate more opportunities for tourism in their remote community of Pimampiro. So far, they have organized hiking and mountain-biking trips, which they juggle around their own businesses. For example, Gabriel Mayorga is a professional photographer/videographer in Ibarra. Henry Mayorga works for his family’s agricultural business in Pimampiro, which delivers tomatoes and peaches to a big-chain grocery store. Daniel Rivera currently lives and works in the United States (and he texted me in perfect English the night before the trip to make sure I had all my questions answered). Everyone associated with this tour group was so nice, professional, and eager to make sure my needs were met. And the other patrons in the group were delightful as well. I’d definitely recommend this tour company for anyone looking for an adventure!

To prepare for the hike to Laguna Puruhanta, Pimampiro Extremo sent me a supply list with rubber boots as the first item. I’m learning that Ecuadorians often hike in their rubber boots; it didn’t take long to find out why. After a particularly wet rainy season, the trail was a trough of mud. I had to adopt a special way of walking by searching for the floor of each mudhole with a stick. If my foot didn’t find the “piso” or floor of the mudhole, I frequently dropped into the goo up to my thighs.

Sometimes, we had to scale a cliff of roots. Other times, a ledge was as high as my chest and one of the taller men would scramble up and pull me up, too. Over and under huge fallen trees and around active landslides. We weren’t even half-way there before the guides were carrying several of our packs to hurry us along.

Every once in awhile, the trail was a little drier and I could stop to gaze at the lush green mountains and the thick forests we were ascending alongside the rushing Rio Pisque. Soon, we were deep in the wilderness of the Cayambe-Coca Ecological Reserve.

Hiking Across the Pantano

During the whole trip, everyone kept talking about the pantano and how hard it would be to cross. A pantano is a high-elevation wetland or marsh. The trick in this part was to step on the root wads of the grass-like rushes growing from the muck.

After a little while of hopping along, I made conversation with Juan, our trail guide. He was born and raised in this valley, but had moved to Spain for ten years to work a variety of jobs. He had missed this corner of Ecuador and Laguna Puruhanta especially called to his heart. So now, he lives with his family on a farm at the trailhead. He offers guiding services to the lake. He reported that about 1,500 people visit Puruhanta each year and he has personally hiked this trail over 100 times. Later, Henry told me that access to this lake is in large part because of Juan. He has spent most of his life trying to improve the trail by his own hand and educate others about the lake and the surrounding ecosystem.

After leaving the pantano, we entered an ancient forest with mammoth trees and dripping mosses. Up, up, up we climbed until finally reaching the edge of the lake. A stiff wind whipped the waves into a froth. Large storm clouds blocked our view of the snowcapped Volcano Cayambe. But as I stood among the tall grasses and shrubbery that lined the shore, its harsh beauty made the trip well worth it.

In the waning hours of daylight, we set up our tents and ate our dinner. One of the hikers faced the wind and tried to fish. All he caught were finger-sized trout which he grilled on a little stick. Then the sun set and the stars came out for just a little while. It was amazing. To witness the magic of the wilderness is one of the reasons why I hike up, away and beyond.

Returning To The Trailhead

The next morning, we were up and out early. A rainstorm was threatening to cross the lake and we didn’t want to face the trail after even more rain. So, we headed back through the forest, across the pantano and down, down into the valley below. By this time, the guides were carrying my pack again.

Finally, after about 11 miles in 8 hours, we came to Juan’s house and a lovely trout dinner cooked especially for us. I remember when I was in my 20’s, milkshakes and hamburgers were the treat at the end of the trail. Here in Ecuador, they definitely do things differently!

Becky Wandell lived and served as a U.S. Peace Corps Volunteer in Ibarra, Ecuador from 2018-2020. During the week, she worked as an English teacher and teacher trainer. However, the weekends were hers to enjoy! With her Ecuadorian family, she explored the amazing landscapes of the Imbabura Province. She wrote a regular blog detailing all that she lived, learned, and experienced on her Ecuadorian adventures at onthewingadventures.blogspot.com. 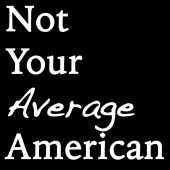 If you would like to Guest Author for Not Your Average American, please contact Angie Drake at angie@notyouraverageamerican.com. We are looking for articles on authentic travel experiences in South America. Please send in a photo or two with your pitch. We are open to discussing compensation.

Most Difficult Train Track in the World