On December 6, 1535, one year after the founding of the colonial city then called San Francisco de Quito, three Franciscan Friars arrived to establish a foothold in the new city. Almost 500 years later, the modern-day San Francisco Church and Monastery is home to an impressive collection of Spanish Colonial Art from the Quito School. The ancient buildings, the art collection, and the grounds themselves offer hours of enjoyment for tourists who enjoy history, art, and architecture.

While looking at the main entrance to the San Francisco Church, you might notice a gateway to its right. This entrance leads to the museum of religious art, the entrance to the choir stall, and the many rooms and courtyards where the friars live and work. Which leads us to a very interesting question: is this beautiful 300-year-old structure a monastery, a convent, or a friary?

The choice really doesn’t matter as they all apply. I’ve read all three depending on the language and the age of the text. I’m going to use friary because there are still Franciscan Friars serving the community here. Better yet, I’ve never seen this word before and think it’s cool.

The San Francisco Friary was the first and is still the largest of its kind in South America. There are 104 Doric columns surrounding the courtyard in the main cloister. The other six cloisters follow the same basic arrangement. The fountain in the center of the main courtyard is alabaster and once ran so abundantly that it supplied water to two more fountains in the Jesuit compound attached to the nearby La Compañia de Jesús. It’s also one of the most peaceful places in Quito’s historic center. Unless the Friars are starting an exorcism (which we saw one afternoon), then it gets a little louder.

Perhaps due to its association with the Quito School, this friary is famous for its collection of fine religious art. Therefore, it makes perfect sense that there is a great museum in one of the cloisters.

The museum traces its roots back to 1945 when the Ecuadorian National Assembly dictated the return of all facilities formally used by the National Guard, to include a number of the cloisters of the Friary. As a condition of this return, the Assembly required the Friars to establish a religious art museum. The San Fransisco Museum of Religious Art opened its doors in 1950 and, over the next five decades, gradually expanded its collection and exhibition space.

In 2001, the name of the museum was changed at the request of Father Juan Castro, the museum’s Director. It became the Fray Pedro Gocial Museum in honor of the Flemish Lay (unordained) Franciscan Brother who taught painting and text illumination in Quito during the late 1500s.

Today, the museum hosts one of the most impressive collections of religious art to be found in Ecuador and one of the best in all South America. More than 1500 works have been repaired or renovated by the museum staff, with 300 on display.

These include important paintings and sculptures of the “Quito School,” among them the wooden Virgen del Quito which is the model for the iconic monument on the Panecillo and the figure of Jesus used in the Quito Holy Week parades.

As a new part of the museum tour, one also has the opportunity to go onto the balcony on the top of the San Fransisco Church. This part of the tour is only offered on Fridays at 10 AM, 11 AM, 12 PM, 3 PM, and 4 PM (More info here). There is an additional cost for this tour. Ask at the ticket counter when you purchase your museum admission. Climbing into the tower is well worth the additional price if only for the views of San Francisco Plaza, the inner courtyard of the Friary, and the city of Quito. 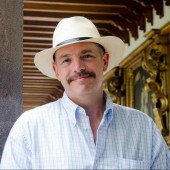 The Best Places to See Orchids in Ecuador

Add a basic description of this establishment here.

Below, there will be options to add more information under these categories:

The Fiestas de Quito begin during the last days of November and end on December 6, the anniversary of Quito’s founding. Events take place throughout the city and can include Bullfights at the Plaza de Toros, card […]